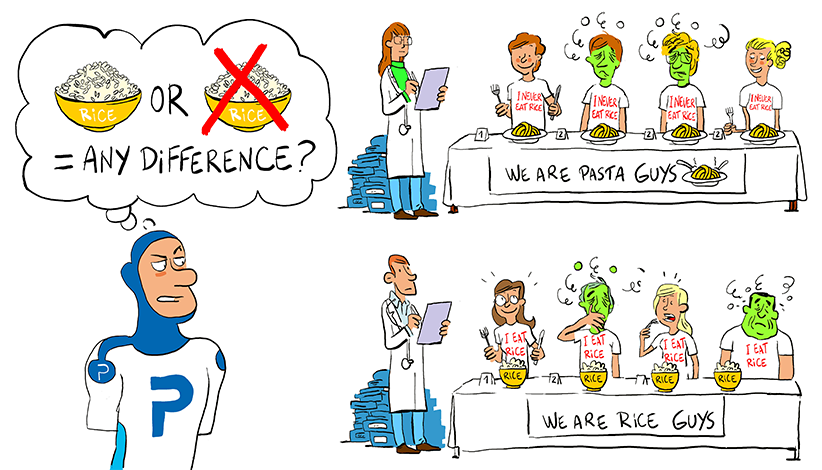 Epidemiological study on 8000 people in order to evaluate the impact of a rice-based diet (rice naturally contains traces of arsenic) on neurodevelopment.

Finally, there are studies that compare two groups of humans: one has been – or still is – exposed to a substance (“exposed” group), but not the other (“control” group).

Over time, scientists gather data on these two groups (health status, exposure data, personal data, etc.), and compare them to determine the health impact of being exposed to the substance.

These are called EPIDEMIOLOGICAL STUDIES.

NB: In the end, a single epidemiological study can never tell if a phenomenon A is actually causing an effect B. It only points out potential
correlations between those events.

For example: In Miami beach in summer, ice cream sales rise, and so does the rate of accidental drowning. The correlation between those events doesn’t necessarily mean there is an actual causation.

In order to prove actual causation, you would need to understand the biological mechanisms through which A causes B (with exploratory studies, for example), and then confirm them with several regulatory-grade studies, including epidemiological research when relevant.